History of the Ragdoll Breed 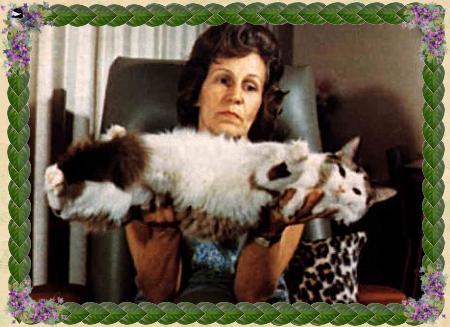 The Ragdoll Breed was started by a woman named Ann Baker in Riverside, California during the early 1960’s. The original foundation cats of the Ragdoll breed were in fact all strays that roamed free around Ann Baker’s home, as well as her neighbors. The first litter of “experimental” kittens was produced by an all white “angora-like” female cat named Josephine. Ann Baker thought this breed was some sort of miracle. All of Josephine’s babies were rumored to be floppy, and loveable teddy bears, despite where they came from, a feral outdoor environment. There are many stories surrounding the first litter. Ann Baker also thought they first litter of kittens may have been this floppy and laid-back because Josephine was hit by a car, and Baker took the litter in to nurse back to health. Baker thought the car accident was what must have made the kittens so floppy and such ideal family pets. There were also many other foundation cats who are in all of our Ragdoll pedigrees today, one male cat being “Blackie” who was a solid black cat, resembling a “Burmese”, and another male named “Daddy Warbucks” who was a Seal Point Mitted Birman. At the time Ann Baker was also experimenting with the creation of other breeds that may have been strung off of these lines, like the “Honey Bear”. These breeds she experimented with were never recognized, or advanced much further than her own home. The early Ann Baker was also a persian breeder.

Ann Baker started her own association called IRCA (International Ragdoll Cat Association), and she also had a patent on the Ragdoll name. She didn’t want the Ragdoll taken away from her, and wanted to control the breed. Denny & Laura Dayton were the first breeders to get some of her Ragdoll Cats, and take them into advancement, getting the breed accepted in many other associations. The Daytons worked hard on putting together a complete pedigree system, and kept very nice track of all of the early ragdoll records (some which they worked very hard to get released by Baker). Baker was very hostile towards The Daytons for taking over her breed, and stealing her fame. She tried her best to get the breed back but in the end lost the fight. Baker remained pretty tight lipped about the early ragdolls, and only gave information to those she trusted. The Daytons are responsible for the Ragdoll’s big break in America, and soon they spread to England. The Dayton’s called their cattery “Blossom-Time”. You can find the Blossom-Time name in all traditional Ragdoll Pedigrees.

If you would like to read more about the Ragdoll Breed and the breed’s early in depth history, we recommend reading: http://rfci.org/history/ragdoll_history.php, this website also has excerpts from the book The Definitive Guide to Ragdolls written by Lorna Wallace, Robin Pickering and David Pollard. The book interviews some early ragdoll breeders, as well as Ann Baker herself.

You can also find many early pictures of Ann Baker and the foundation Ragdoll Cats at: http://rfci.org/history/pictorial-history/index.php.

Please feel free to read the written Ragdoll Standards we strive for in each and every one of our Ragdoll cats, the different associations’ standards are listed below: 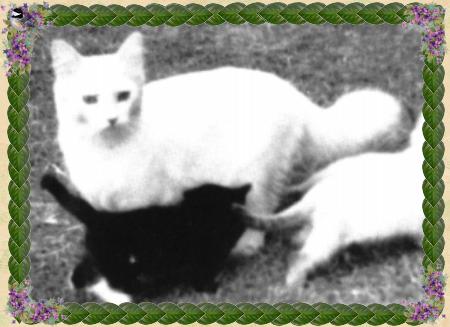 A picture of Josephine, who inspired and started this wonderful breed.

A Guide to Ragdoll Colors & Patterns

*Chocolates & Lilacs are diluted colors, therefore harder to maintain and find in the breed, there are many breeders who sell kittens as chocolate and lilac, when in reality they are just washed out blues or seals. There are few breeders who focus on keeping these colors in the breed.*

Colorpoint– Color on ALL points (paws/legs, tail, ears, face mask). Colorpoints have a body color of a shade lighter than their point color.

Mitted– Colored LIKE colorpoints, EXCEPT they have mittens on ALL 4 paws. They also MUST have a white chin, mane, and a stripe extending from their chin, all the way down their stomach. The rest of their body is a shade lighter than their point color (on face mask, tail, ears).

*Mitteds also sometimes have blazes ranging in shape and size. Some common blazes are the “hourglass” on the nose, or the diamond between the eyes.* 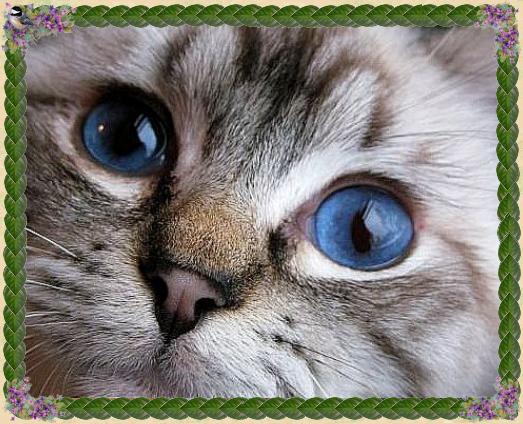 Lynx- Striping that occurs within the cat’s color, where the pattern of the cat allows. Cat will have white on the ridges of ears, and white “eye liner” around it’s eyes. 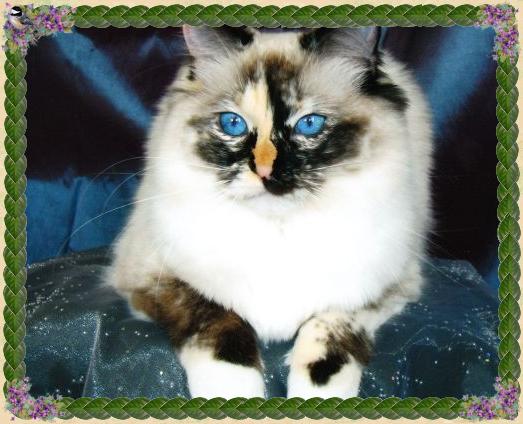